The Barsanti and Matteucci Museum is located in the historic center of Lucca near the Guinigi Tower and hosts a permanent exhibition dedicated to two Lucca scientists; inventors of the revolutionary internal combustion engine: father Eugenio Barsanti (1821-1864) and the engineer Felice Matteucci (1808 -1887).

The two scientists began working together in 1851 to build a continuous cycle engine that used the explosion of a gaseous mixture to produce movement. In two years, thanks to the theoretical contributions of Barsanti and the mechanical skills of Matteucci, they built the first internal combustion engine completed in 1853. In the absence of a national Patent Office, to protect the scientific discovery, they filed a memorandum at the Florentine Academy of Georgofili, obtaining the first European certifications only from 1854.

To retrace the history of this extraordinary discovery, inside the Museum you will find: the scale reproductions of the four engine models designed, a summary of the documents (studies, drawings, certificates, patents) that recount the birth and evolution of the two scientists’ studies, the life stories of Barsanti and Matteucci, the acknowledgments collected, and the essential elements that proved the temporal primacy of the discovery of the internal combustion engine.

In 2022 a new layout and a multimedia room were inaugurated which make the visit even more interesting.

In April, on the occasion of the new exhibition, the entrance to the Museum will be offered by the Barsanti and Matteucci Foundation

All year open by reservation 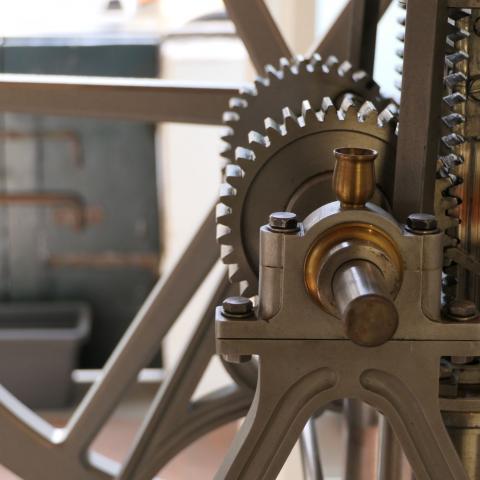 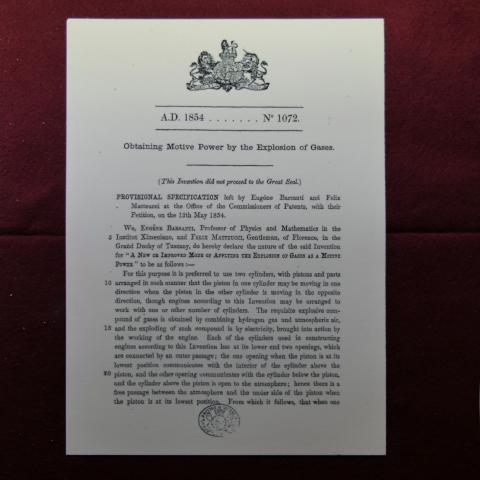