Giacomo Puccini's family spent the summer of 1891 in this splendid residence, on the shores of Lake Massaciuccoli. Maestro Puccini was enchanted by the beauty of Torre del Lago and decided to spend his holidays there in subsequent years. In 1899 he bought the house and had it renovated to transform it into the current two-storey villa with the typical liberty look of the late nineteenth-century middle-class homes.

The house was transformed into a museum in 1925 by his son Antonio and retains its original appearance. The garden, once directly overlooking the lake, is inspired by the typical Japanese garden, in accordance with the passion of the master Puccini for oriental culture. The building, with a rectangular plan, is spread over two floors and its shapes are very linear and elegant.

Inside there is a rich eclectic decoration created, in collaboration with Giacomo Puccini himself, by very famous artists of the time such as Luigi De Servi, Galileo Chini (author of the fireplace) and Plinio Nomellini, responsible for the pictorial decorations on the walls (later covered in the 1908 with fabrics due to humidity) In one of the main rooms you can find the Förster piano, some portraits of the Maestro in various periods of his life, the funeral mask and a precious Japanese screen. The other rooms such as the veranda, the manuscript room and the kitchen instead collect objects of everyday life, honours and awards from all over the world, paintings by artist friends of the Macchiaioli current, portraits of friends and collaborators of the Master and his last words written during his illness before death. The hunting trophies, shoes and boots are kept in the hunting room. On the first floor are the bedroom, the Master's study, a guest room, a wash room, a sitting room and the so-called “heron room”. The Maestro is buried in the chapel inside the villa: now he rests in the beloved place that had given him so much inspiration and tranquillity even during his earthly life.

A Villa to visit so as to breathe the air of the immortal melodies that still resound in each of our hearts.

In fact, many of his most famous works were born in the peace of this place, such as Manon Lescaut, La Bohème, Tosca, Madama Butterfly, La Fanciulla del West, La Rondine, Il Trittico.

Free: children up to 6 years

Free: children up to 6 years

Visits to the first floor by reservation only within 2 days from the date of the visit (or on site based on availability). Max 6 people per shift.

Ground floor accessibility: the only step has a ramp 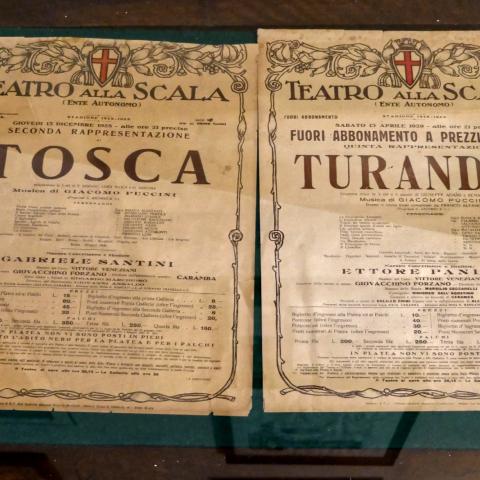 Advertising posters of Tosca and Turandot 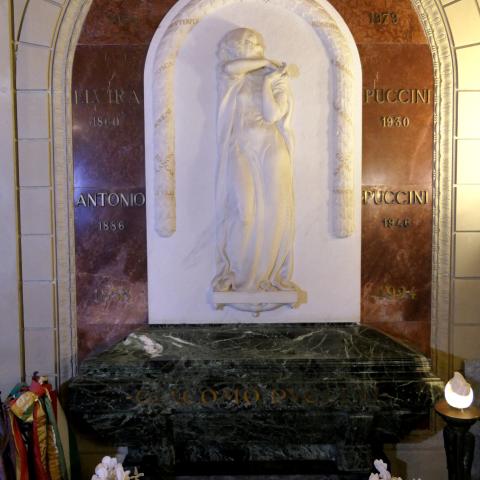 Chapel where Giacomo Puccini is buried 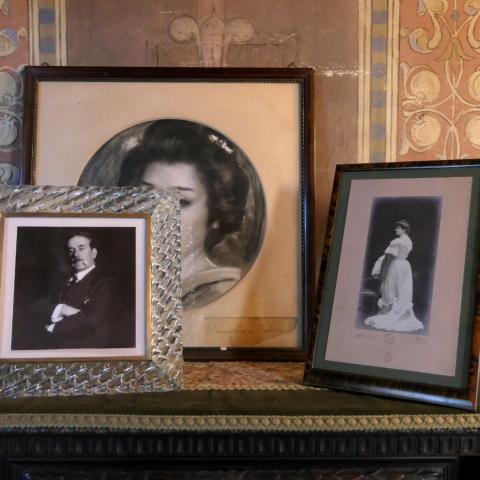 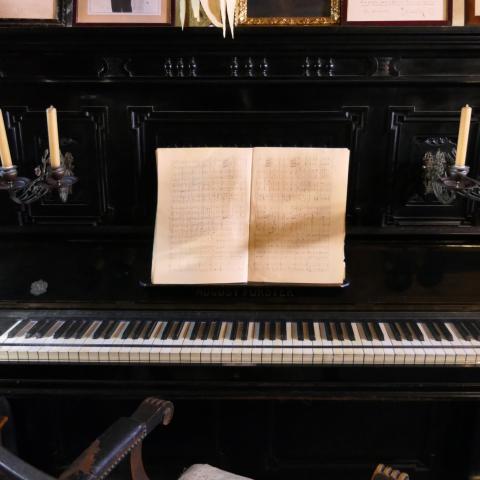