The Pierluigi Gherardi Sketches Museum was born from an idea of Jette Muhlendorph, Danish photographer, journalist and art critic. Around 1980 she collected vast photographic documentation on the tradition of craftsmanship typical of the city at the workshops and foundries of Pietrasanta.

A few years later, in 1984, the Museum of Sketches was founded, based in the sixteenth-century ex-convent of Sant’Agostino.

The aim is to document and collect the models of the main sculptors who come from all over the world to create their works in the artisan and artistic workshops of Pietrasanta.

The collection, unique of its kind, is capable of enhancing sculpture as the most significant artistic activity in the Versilia area, in particular Pietrasanta. Sculptural art is documented through a large archive that includes preparatory works, sketches (on a small scale) and models (in real size) that represent the sculptor's initial idea before being translated into the final work.

The museum itinerary develops in the external loggia of the Cloister of Sant’Agostino and collects over 700 sketches and models, mainly in plaster, with sculptures from over 350 Italian and foreign artists.

In the branch called Museo dei Bozzetti 2 located in Palazzo Panichi, a few steps from the convent of Sant’Agostino, thematic exhibitions are periodically set up to deepen the meaning, evolution and importance of the sketch in the process of artistic creation. 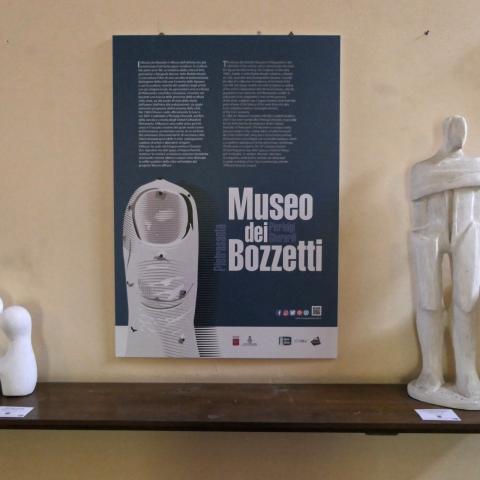 The entrance to the Museo dei Bozzetti with the logo depicting a thumb, the work of the artist César Baldaccini 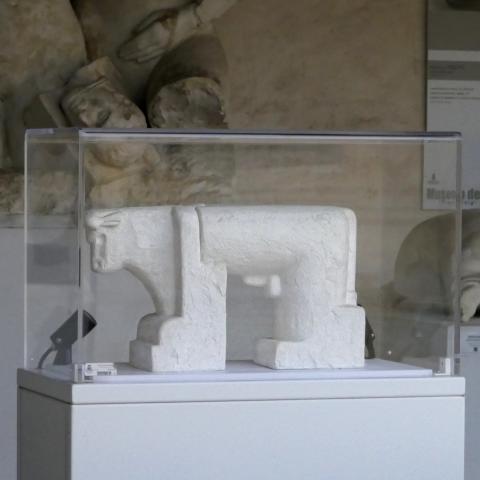 Sketch of the work "In memory of Pietrasanta"

Sketch by the artist Leone Tommasi 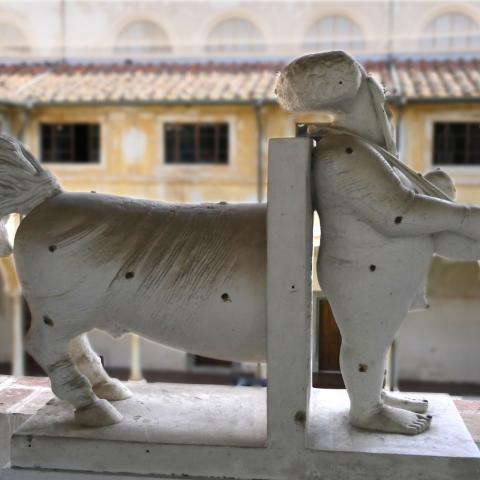 Sketch of the opera Baroque Fugue 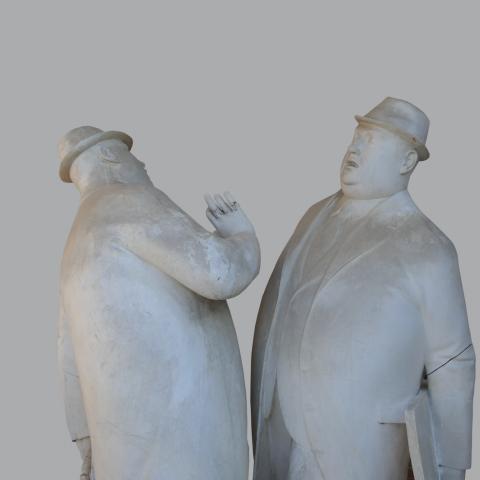