The birthplace of the poet Giosue Carducci is located a few kilometers from Pietrasanta, in the hamlet of Valdicastello, in the valley bathed by the Baccatoio river and squeezed between Monte Lieto and Monte Gabberi.

His father Michele, originally from Pietrasanta, who became the doctor of the Valdicastello mines, moved to the small village of Valdicastello to give medical assistance to the miners and their families.

"..I was born in this hamlet not far from Pietrasanta on the 27th of July 1835 (the year in which cholera invaded Italy),on a Tuesday, at 11 in the evening; first son of doctor Michele Carducci pietrasantino (native to Pietrasanta) and Ildegonda Celli, a citizen of Florence... "

Carducci soon left Versilia with his family; in the first three years of his life he lived in various towns in Tuscany, then he moved to Bolgheri, in the province of Livorno, but Versilia remained in his heart, often remembered in his verses and he returned there several times.

"When the wing lingers at happy hills

That slope down to the Apennine Sea

a house in the valley and a garden

look for, and, if the new possessor not forbid,

greet them in my name, o pilgrim. "

The beauty of his verses and the creative spirit of this illustrious poet earned Giosue Carducci the Nobel Prize for literature in 1906, the first Italian to win the prestigious Swedish medal.

In 1907, shortly after the poet's death on the 16th of February 1907, the birthplace of Giosue Carducci was declared a national monument and in 1950 the town took the name of Valdicastello Carducci.

The family home still collects original furnishings and memories of the poet capable of reviving that creative energy, making that purity of style resurface and bringing to light the lyrical force that characterizes Carducci's poetic masterpiece. 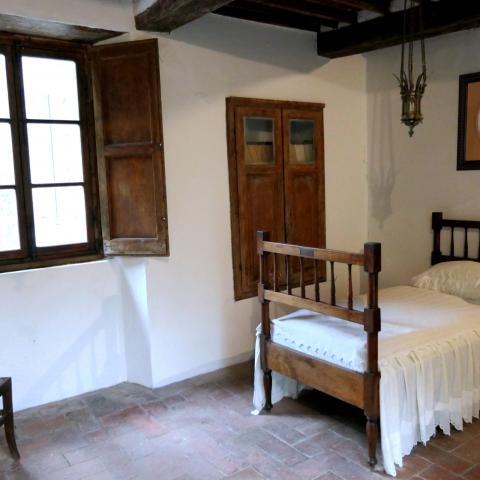 The bedroom where the poet was born 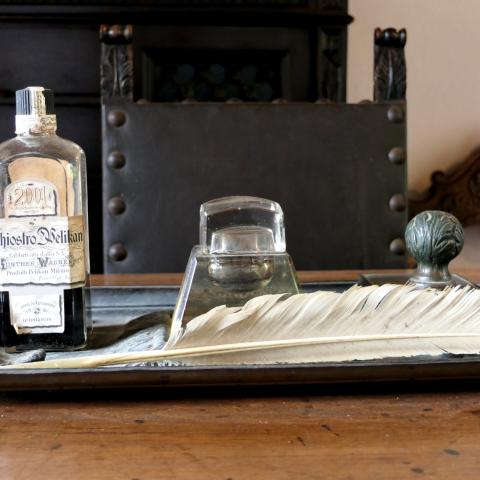 The writing tools of the poet 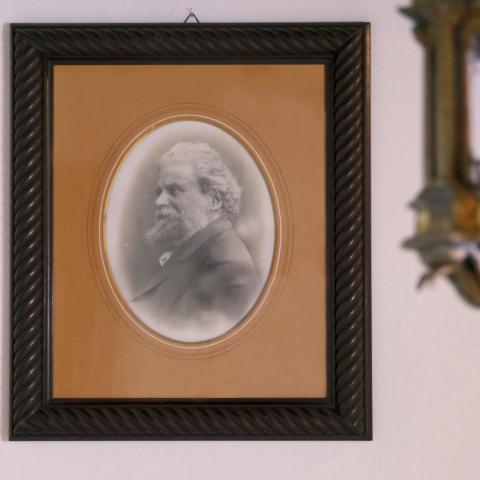 Photographic portrait of Giosue Carducci of the poet 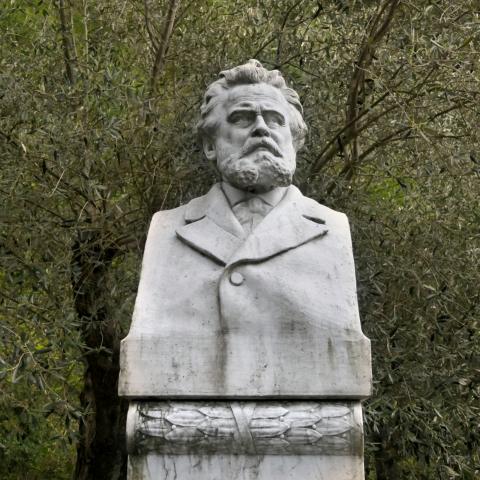 The bust- portrait of the poet outside the house 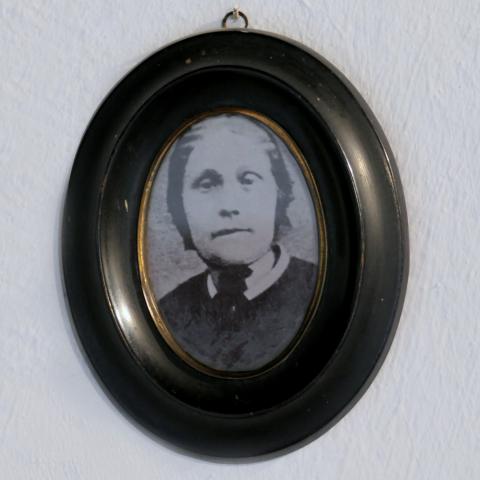 A portrait of the poet's mother 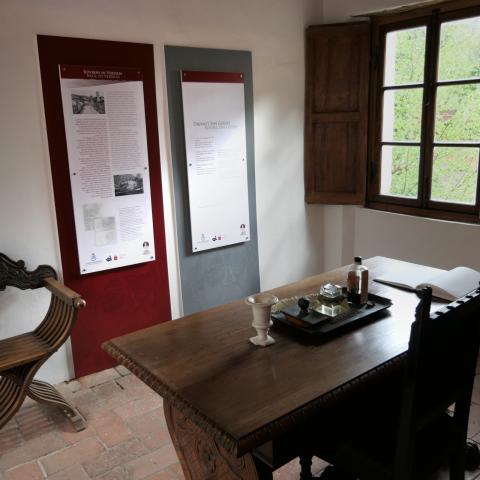 The poet's desk inside the house