The museum is temporarily closed for renovation

For a thousand years, the town of Altopascio has been a stop on the Via Francigena that leads pilgrims to Rome. Since the 11th century there has been a "hospitale" that offered travelers rest and accommodation, thanks to the Hospitaller Order of the Friars of San Jacopo.

The ancient building was surrounded by a robust wall that gave it the appearance of a fortress. Access was through the Hospitallers' Gate and inside it had two large courtyards, one dedicated to the friars and the other to reception. The complex also included the church of San Jacopo and the bell tower, a fundamental reference point for pilgrims who could spot it even from afar.

In the adjacent rooms, inside the Loggiato Mediceo, there is the collection of the Archaeological Exhibition of the history of the ancient hospital, which documents the history of Altopascio and the surrounding area with various finds, in particular ceramics, of different eras, shapes, uses, manufacturing techniques and decorations, from the large jars for containing grain (15th century), to the pans for use in the Palace kitchen, from the crockery of the upper social classes to small objects of popular and daily use. To these are added the finds from the medieval church, the cloister and the Palace.

The Ancient Hospital of Altopascio is a truly evocative place, full of spirituality capable of inspiring visitors and the archaeological exhibition is suitable for adults and children. 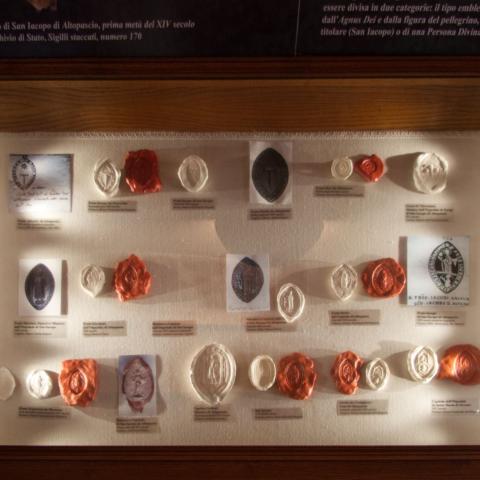 Seals of the monastery of San Iacopo di Altopascio 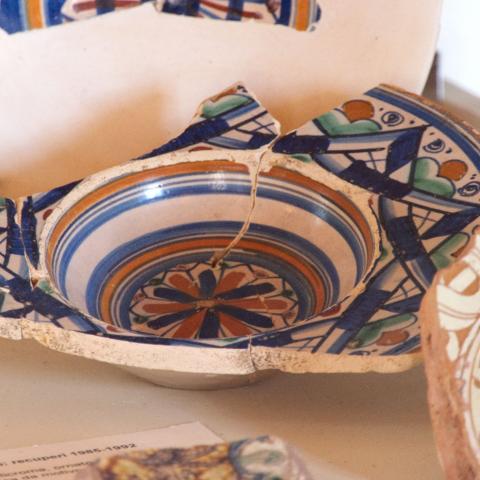